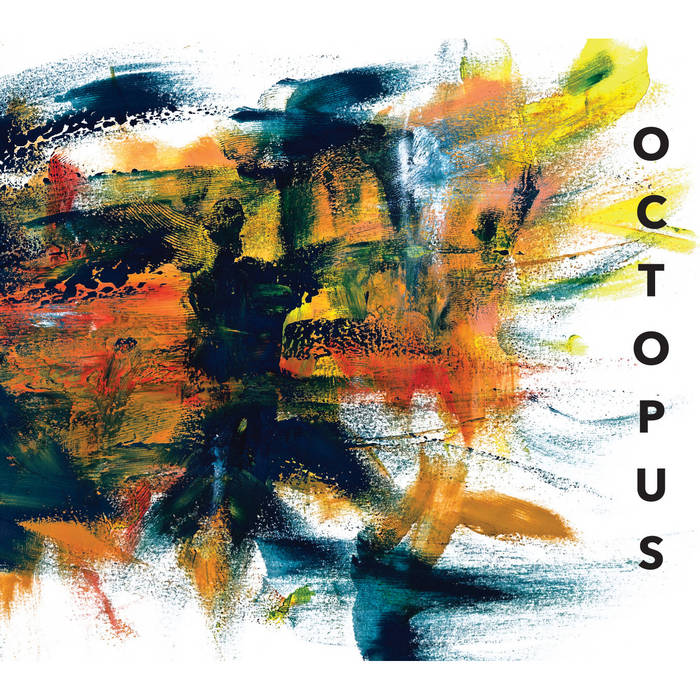 Joel Chubb Kris and Craig are magical together. this album makes my brain happy!

Bob Ross More than just 176 keys. Some limitations actually create quite a potential for the truly inventive to find the infinite possibilities inherent in the meeting of the material and the immaterial...
......Powerfully played by two masters as well Favorite track: Ossining.

On her 2016 album Duopoly, pianist Kris Davis highlighted her deeply attuned artistry as never before. Conceived as a set of rotating duo performances, Duopoly found Davis in the company of Bill Frisell, Tim Berne, Don Byron, Julian Lage, Marcus Gilmore and other musical giants. Of all these fascinating encounters, it was the pairing of Davis and fellow piano great Craig Taborn, that sparked further extensive collaboration. Soon the two pianists would embark on a 12-city tour of the U.S., with new music for the occasion. Octopus, a magisterial live album drawn from three of those concerts, is the result.

Recalling the Duopoly session with Taborn, Davis writes in her liner notes: “From the moment we started playing I felt instantly transported and free within the music, and had the sense we could go anywhere.” Taborn responded similarly: “It was remarkable how effortless and inspired it felt. It was immediately apparent that it was easy to make music happen in this pairing and that we were well matched in terms of both aesthetics and approach.”

With the support of The Shifting Foundation, Davis and Taborn set out to translate their in-studio rapport to the concert stage, which resulted in the Octopus tour: from Brooklyn’s Roulette to Seattle’s Earshot Festival, from the Kennedy Center in Washington, DC to the Wexner Center in Columbus, Ohio. Ron Saint Germain, engineer on the Duopoly duo sessions, came along on the road with a recording rig designed to capture two grand pianos in a variety of spaces.

“The pieces on Octopus are the pieces we played every night on the tour,” Davis explains. “Each concert was different, in some cases radically so. We often left out large sections of the compositions in favor of developing new, wholly improvised sections which became more and more expansive.” Along with their new original works, the duo included absorbing interpretations of Carla Bley’s “Sing Me Softly of the Blues” and Sun Ra’s “Love in Outer Space.”

Of Davis’s two contributions, “Ossining” is the more contemplative and restrained, inspired by the composer’s recent move to the Hudson Valley with her husband, the guitarist Nate Radley, and their son, Benjamin. The move took place while Davis was on the Octopus tour. “Moving is always stressful and I wanted to be there with my family.” she says. “My son was walking me through the new house on the phone while we were traveling to each city, telling me all about his new room and the backyard, which we didn’t have in Brooklyn. I was missing out on those first impressions, but I was happy to have a little piece of the experience with him on the phone that day.”

Davis’s subtle prepared piano on “Ossining” serves not only to differentiate the piano sounds but to heighten their rhythmic interplay: “When I wrote the piece, I was listening to some West African music and looking into how some of that music is constructed. I began studying this music when I was a student at Banff 20 years ago, studying with Abraham Adzenyah and have continued to be fascinated by it.”

There’s a very specific, conversational quality to this West African percussion music – trance-like repetition, variation, and contrapuntal pulse. Davis was drawn to this, as it placed her and Taborn on an equal plane from the piece’s onset. She elaborates “In performance, Craig and I intertwine a series of improvised repetitive rhythms, with the idea being that the whole supersedes the sum of the parts.”

Taborn’s “Interruptions” transpire as three distinctly different pieces. “The ‘Interruptions’ were conceived as just that,” he reveals, “small composed pieces or objects that could be used within a larger improvisation to redirect or recondition the musical environment. They could be selected and dropped in at some point as a composed statement that interrupts another texture. They seemed to stand on their own enough as compositions, but I intended them almost as interstitial material. So there’s no through-line between them. I intended each one to change the musical space in different ways.”

The choice of Sun Ra’s elegant “Love in Outer Space” was Taborn’s: “I always liked it and thought it would work well in the two-piano context because of its interlocking groove.” It is here that the contrast between piano voices is most immediately apparent: Taborn plays the intro and the initial bass line, then Davis enters with the main melody. Davis brought in Carla Bley’s “Sing Me Softly of the Blues” (famously played by Art Farmer with Steve Kuhn in the mid-’60s), a 14-bar blues with a slowly unfolding, lopsided feel that morphs imperceptibly into Taborn’s third and final “Interruption.”

Whether leading her Capricorn Climber quintet or her four-bass-clarinet-octet Infrasound; working with the great Andrew Cyrille as a member of Eric Revis’s trio; or lifting up recent music by John Zorn, Terri Lyne Carrington, Tom Rainey, Michael Formanek, Ingrid Laubrock and more, Davis is one of the groundbreaking artists of our time, hailed by Jason Moran as “a freethinking, gifted pianist [who] lives in each note that she plays.”

Taborn’s recent ECM releases Chants, Daylight Ghosts and Avenging Angel, along with his work in Farmers By Nature, Chris Lightcap’s Bigmouth and many others, have earned him distinction as “one of the greatest living pianists,” in the words of his colleague Vijay Iyer. Together, Davis and Taborn have a way of merging into “one sort of shape-shifting organism,” as Davis ventures in her liner notes. Octopus, evoking limitless limbs and rapid, graceful, unpredictable movements, is the Davis-Taborn sensibility incarnate.